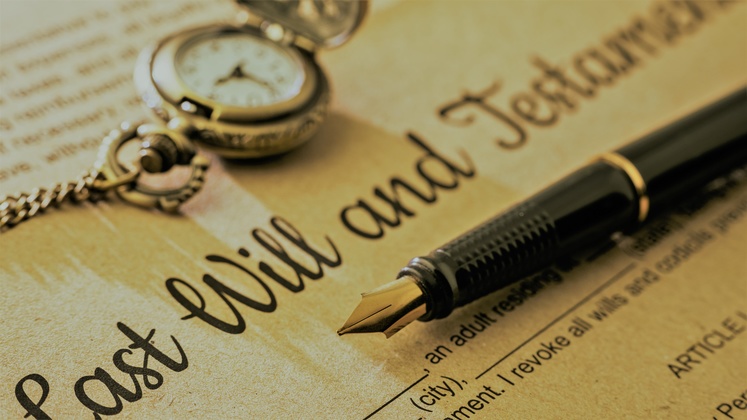 "The will of the deceased is the mirror of his life" (Polish proverb).

Death: An inevitable fate that occupies the legislator

As the free movement of persons increases, the number of people concerned about the fate of their estate increases, as well. In order to provide them with the necessary tools to anticipate and solve problems that may arise after their passing, European and Swiss legislators have long strived to regulate various aspects of inheritance law – with varying degrees of success.

Questions of applicable law and court jurisdiction often arise when the deceased and/or his estate assets have a connection to both the European Union (EU) and Switzerland. Indeed, the Swiss Federal Private International Law Act (PILA) and EU Regulation n° 650/2012, which contain the relevant provisions for determining the competent courts and the applicable law in international inheritance cases, may conflict in such cases.

On paper, these two acts enshrine the principle of the estate's entirety, namely that the inheritance as a whole must be subject to the same law and administered by the authorities of a single country, save for certain exceptions.

However, European and Swiss regulations sometimes do not match when determining the courts competent for the deceased's estate. On the one hand, Switzerland's inheritance laws are based on the last domicile of the deceased at the time of death. On the other hand, if an EU national resides in a third State (such as Switzerland), the EU considers itself competent if part of the estate assets are located in the EU.

A jigsaw puzzle for EU nationals with a link to Switzerland

Thus, conflicts between the two regulations may arise for any person domiciled in Switzerland, but who at the same time:

Both the European and Swiss approaches can give rise to complex problems. For example:

Case 1: A French expat passes away in Geneva after having resided and worked there for a few years. He leaves behind property in both Switzerland and France. Because his last domicile was in Geneva, the Geneva authorities consider themselves competent for his entire inheritance. However, the French authorities may also declare themselves competent because the deceased had a French passport and left behind assets in France. It would therefore be possible for an heir to start proceedings in Switzerland and for another heir to file a claim in France, thus creating a positive conflict of competence.

Case 2: A Spanish national draws up a will while still domiciled in Spain and without choosing the applicable law. Then, he decides to move to Switzerland, where he passes away. In the eyes of the Swiss authorities, Swiss law would be applicable to the inheritance, while the European authorities would apply Spanish law.

What about choice of law and jurisdiction?

The EU offers the possibility for the deceased to choose the competent courts for his inheritance. However, this choice is limited to the courts of the EU member states. In this way, the possibility of choosing Swiss courts is implicitly excluded.

Therefore, choosing the competent courts does not resolve the tension between the PILA and EU Regulation n° 650/2012.

For instance: A German national domiciled in Switzerland draws up a will subject to German law. He then renounces his German citizenship. At the time of death, the EU will recognize his law of choice, while Switzerland will refuse to recognize it.

Laws in the midst of change

On February 14th, 2018, the Swiss Federal Council opened the consultation procedure on a revision of the PILA. The aim of the revision is to eliminate as far as possible conflicts of jurisdiction in international inheritance matters between Switzerland and other states, including EU member states.

However, despite this encouraging announcement, the preliminary draft presented by the Federal Council is not aligned with the principle of residence provided in EU laws. On the contrary, the Swiss legislator seems willing to keep the concept of the last domicile, so that the risks of conflict between these laws will persist.

The consultation procedure was recently completed and the Federal Council will publish its message on its results and on the proposed revision of the PILA in autumn 2019. In the meantime, and until the Federal Council decides on a solution to the current conflicts of law, Swiss and European nationals with ties to and/or assets in these two regions are well advised to carefully plan their inheritance in advance.

Learn more about our Expertise

Your are using an outdated browser. Please use a modern browser (e.g. Google Chrome, Microsoft Edge, Firefox or Safari) to benefit from all features of our website.
OK